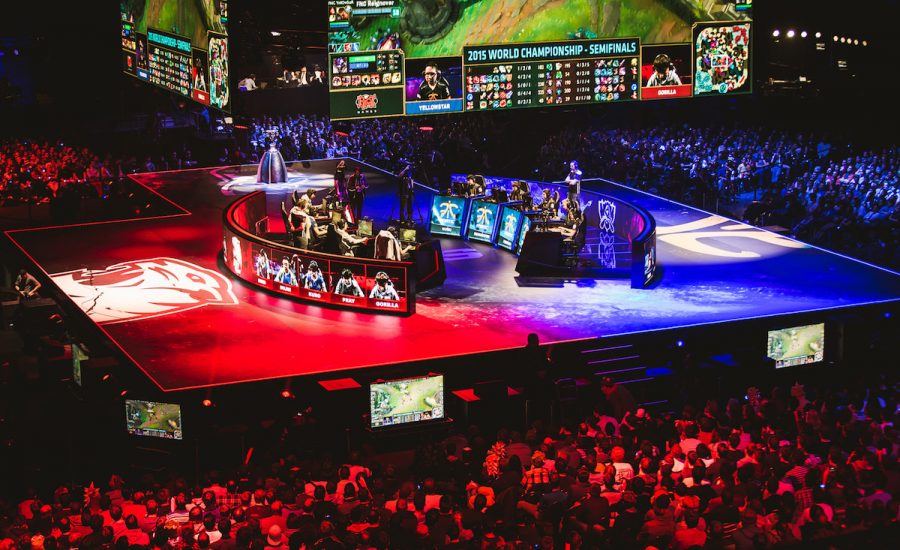 League of Legends and eSport : A Great Story

League of Legends, or LoL for short is a MOBA (multiplayer online battle arena video game) developed by Riot Games in 2009, LoL has gained thousands and thousands of viewers players and attention through the years it has been about, League of Legends is played on PC and is completely free which is one of the many reasons why it is one of the most widely  played games ever!

eSportainment on League of Legends

League of Legends is by far the most viewed esport game out there to this day, LoL has alot of money invested in the esport by Riot Games themselves and many many celebrities, it is the most streamed esport game on twitch with an average of about 8 million views each hour! That’s the whole of Denmark and some! There were 43 million viewers watching the 2016 World Championships 3 years ago !

The most recent world championship in 2018 which was won by Invictus Gaming there were 200 million viewers at one time.

League of Legends is having by far the biggest positive affect on esports, even though Dota may have set the blueprint for the familiar MOBA formula, but the brute force of League of Legends has been responsible for its total explosion into the mainstream esport to watch. LoL is a complete phenomenon, recording multiple facts and stats to completely blow your mind!

Investing In League of Legends

The parent company of popular north american League of Legends team Team SoloMid, Swift, has raised $37 million from a group a group of investors which includes a certain Steph Curry and Andre Iguodala. Multiple other teams are directly owned by professional sports teams (most of which are NBA teams) or have received investments from former or current pro athletes. The warriors also have their own team called the Golden Guardians.

Others teams like the Guardians are the Madison Square Garden’s Counter Logic Gaming, the New York Yankees-Invested Echo Fox and Flyquest, headed by the Milwaukee Bucks and Aston Villa owner Wes Edens.

Teams to look out for

Now obviously one team to look out for is the reigning champions Invictus, they swept fnatic in the 2018 finals showing the world what they are really made of IG’s team. Invictus Gaming is an Chinese esport team.

Team G2 finished in a solid 3rd-4th place losing out to the eventual champions invictus, ever since the championship series G2 have finished 1st place in every single one, if the record is anything to go off I can see G2 being in the final and really testing the reigning champs Invictus

100 Thieves came in a measly 9-12th spot in 2018 still bringing home around $120,000 though so still earning a hell of a lot of money ! 100T owned by Matthew ‘NaDeShoT’ Haag, if any of you readers are call of duty fans you will know how decorated this man is, in my opinion 100 Thieves is the most exciting prospects going i can’t wait to see how they perform in the next World Championship, i’m going for top 6.

I hope that this article can bring you alot closer to the world of League of Legends, be sure to tune in on twitch during the 2019 World Championship 2nd of October to 10th November 2019 get the dates in your calendar, even if you have never played/watched League of Legends before get yourself involved !