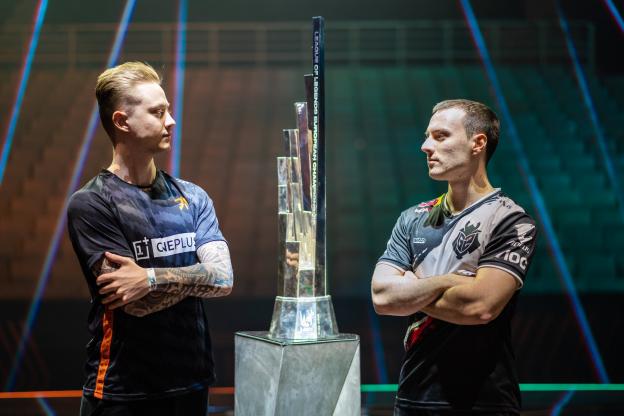 G2 will face Fnatic in the final of the LEC summer split on Sunday. G2 eliminated Rogue this Saturday night (3-2) but it was really hard. Let’s take a look.

G2 struggled, but G2 defeated Rogue (3-2) this Saturday night in the semi-finals of the League of Legends European Championship (LEC). The three-time defending champions will face Fnatic next Sunday in the final. The expected revenge for the crazy match played last weekend between the two kings of the LEC (Fnatic win, 3-2).

A narrow victory for G2

But Rogue almost played his role as a troublemaker to perfection. Probably underestimated, Frenchman Steven “Hans sama” Liv and his teammates managed to push a G2 on alternating current to the limit, capitalizing on the many mistakes the LEC 2019 champions made throughout this match, in their drafts and in the game.

Only the 5th game was really tight between the two teams, who played the first 4 games without too much suspense.

Rogue will not upset the established order this year – G2 and Fnatic have shared 14 of the 15 LEC titles since the creation of LEC – but this team has confirmed its rise in power and especially the evolution of its style of play, now oriented around Kacper “Inspired” Sloma, its jungler, still very good Saturday night. It will be a real force at the World Championships in China at the end of the month (25 September – 31 October).

Going into 5 game series is always such a banger. GG to @Rogue. They played super well

While G2 showed a lot of individual mistakes in their drafts and decision making on Saturday night, Rasmus “Caps” Winther and Martin “Wunder” Hansen once again carry the game. The Danish duo will be their team’s main asset against Fnatic. But Fnatic will have to show a much better face if they want to retain their title and go to Worlds as the top seed.