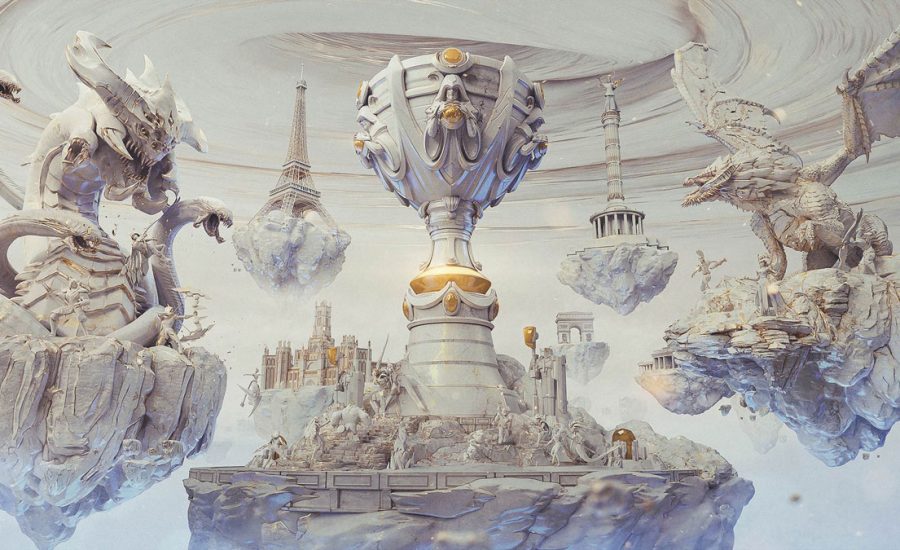 League of Legends Worlds 2019 : Before the final

Riot Games announces the opening of the box office of the final of League of Legends Worlds 2019, on 16 September 2019 at exactly 16h. Since then, fans around the world were able to get their ticket for the grand final, which will take place in Paris on November 10, 2019, at the AccorHotels Arena.

League of Legends Worlds is one of the most distinguished annual competition in the history of esports. Since its creation in 2011, it always managed to together the best teams from all regions of the globe. Each year, it always brings a few more spectators to the biggest stadiums in the world and to the live streams that broadcast the matches for people who couldn’t attend. This year, the final will take place in the prestigious hall of the AccorHotels Arena in Paris. A choice that makes France a mainstay of the international esport scene, after the successes in 2017 of the final LCS EU (AccorHotels Arena) or more recently the MSI 2018 (Zenith).

Last Sunday, fans of League of Legends were able to witness a match that will be remembered. The G2 Esports Europeans advanced to the World Cup final by defeating SK Telecom T1’s three-time South Korea world champions (3-1).

The experienced South Korean SKT T1 team led by legend Faker, who was and still considered for a long time as the best player in the history of League of Legends could not hold against the European armada of G2 Esports who dominated the season in Europe. The two teams delivered a confrontation at the highest of expectations in front of nearly 10,000 people who gathered at the Palacio Vistalegre in Madrid and millions of viewers on the internet. 540.000 people were watching the Riot Games channel on twitch only and all at once. An audience peak of 3,985,786 viewers was seen in semifinal, combining Twitch and YouTube statistics and not counting streaming platforms and Chinese TV channels. It’s simply a new record, previously held by the Fortnite World Cup that attracted last July 2.3 million viewers simultaneously on Twitch and YouTube, again without counting the Chinese audience.

This Sunday, November 10, 1 pm: the kick-off will be given for the final of the 2019 World League of Legends. This major competition, which brings together millions of fans worldwide each year in the stadiums and online, has chosen for its 9th edition to thrill the walls of the legendary AccorHotels Arena in Paris. Thousands of fans will invest and cheer for the two teams competing on stage: FunPlus Phoenix’s team from China and G2 Esports from Europe.

Tension is rising for what promises to be the biggest esport event ever seen in France. The semifinal, as we said earlier, held last weekend in Madrid and it broke a historic record in the match between G2 Esports and SKT Telecom T1. Now, we can only wonder how the finals will be and what would the numbers say about this spectacular event/
Like the biggest shows, the competition will open in a sound and light show, featuring an unprecedented live show by the True Damage virtual group, the presentation of the star professional players from each team, and other surprises that are being kep as a secret by riot so far.

In addition to this grand final, for several days, from Wednesday 6 to Sunday, November 10, 2019 the forecourt of the city hall will host free video game enthusiasts in the heart of a village offering entertainment, activities and meetings.

If you can not travel to Paris to attend the League of Legends 2019 Worlds Final, Riot Games organizes a program of co-spectators across Europe. and plans to broadcast the show in several movie theaters across the continent.

“In collaboration with MasterCard, we partnered with 200 cinemas across Europe to organize a co-spectator program for the November 10 final. You will have the chance to experience the action on the big screen with the fans of League of Legends in your area, as if you were on the rift! The broadcast will be live from Paris, in your cinema, from 12:30 Paris time. Your will have plenty of time to settle in, grab something to nibble on, and chat with your neighbors about who you think will win the Summoner’s Cup onstage in front of your eyes”.

To find a cinema near you and to book tickets, visit www.lolincinemas.com. The list of French cinemas that will screen the 2019 Worlds final will normally be available in the coming days, with Riot Games still working to expand the program as much as possible.

The competition will also be broadcast free of charge on Twitch, a media platform dedicated to video games, November 10 from 1 pm (Paris – UTC + 2) the opening ceremony will start streaming and you definitely do not want to miss that. As for the competitions, it will start at exactly 2 pm Paris Time. Riot will be the main broadcaster. The event will also be hosted on Youtube at the same time and date of course.

So, are you going to watch the final? Tell us in the comments!